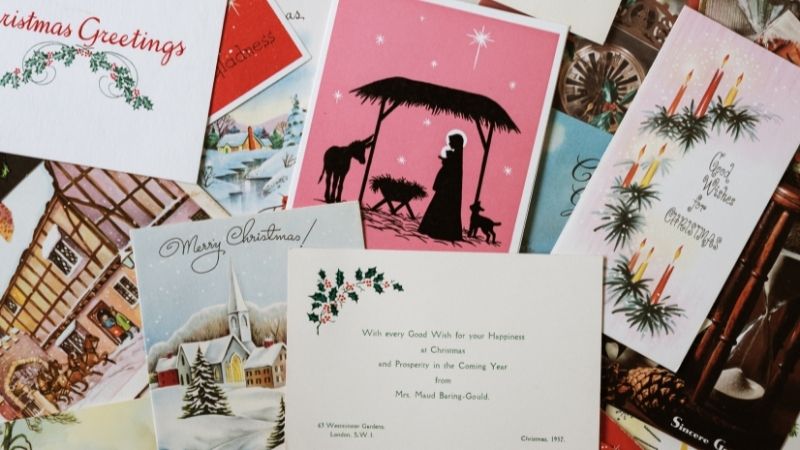 Hallmark Cards, Inc. is a Missouri-based private business run by the Hall family. Joyce Hall, the founder of Hallmark, began producing greeting cards in 1910. In 1985, the company was given the National Medal of Arts for being “an enormous supporter” of art and artists.

In addition to greeting cards, Hallmark produces items such as party goods, gift wrap, and stationary. After acquiring Binney & Smith in 1987, Hallmark changed its name to Crayola, LLC after the well known products that they sold under that name.

The firm has also developed into a television business, having produced the long-running Hallmark Hall of Fame series since 1951 and launching the Hallmark Channel fifty years later (replaces an earlier joint venture with The Jim Henson Company, Odyssey Network).

Are Hallmark Cards Made In China?

No, most Hallmark cards are made in the United States. It states on their website: “Most Hallmark greeting cards sold in the United States are produced here by Hallmark employees in our greeting card production center in Lawrence, Kansas. Hallmark cards with specialized processes, such as die cut, glitter, flock and foil stamp are produced in Lawrence. Most of Hallmark wrapping paper, ribbons and bows are made at our manufacturing plant in Leavenworth, Kansas.”

“Greeting cards that require handwork such as beads or tassels, are typically made by suppliers abroad. Keepsake Ornaments and other gift items are also made by overseas manufacturers.”(here)

So there is a small caveat that needs to be addressed, in what overseas actually means. According to a Hallmark representative that spoke to Reuters via email stated: That Hallmark prints 70% of its greeting cards at its facility in Lawrence, and that the company is “making plans to produce even more of them there.” The firm works with suppliers in China, Vietnam, and Sri Lanka to make 30% of Hallmark cards.

So most of Hallmark’s products are made in the US and an unknown amount are made in China. It seems like there are plans in the future to bring more production back stateside but who knows the actual timeline on those moves.

Early History of the Hallmark Company

In 1907, Joyce Clyde Hall and his brothers William and Rollie set up the Norfolk Post Card Company in their father’s bookstore, where they worked. The company was founded after an early 20th-century postcard craze drove them to start it.

The following year, Rollie bought out the store’s non-family business partner and rebranded it “Hall Brothers,” doing business as the Hall Book Store. The postcard trade soon outgrew the store’s capabilities, so Joyce relocated it to Kansas City in 1910.

By 1912, the postcard fad had subsided, and the firm began selling “Christmas letters” and greeting cards, shortening its name a few years later to the Norfolk Card Company.

In 1917, when the Hall brothers ran out of normal colored tissue paper at the stationery store and used fancy French envelope lining paper instead, they “invented” modern wrapping paper. The Hall Brothers began printing their own specifically designed wrapping paper after selling the lining paper again in 1918.

In 1922, the firm expanded across the country. The number of employees increased from four to 120 people, and the line expanded from holiday cards to include everyday greeting cards.

In 1928, the firm adopted the name Hallmark as a brand name, after the hallmark symbol employed by goldsmiths in London in the 14th century, and began printing it on the back of each card. That same year, Hallmark became the first in the greeting card business to advertise its products across multiple states.

In 1944, it adopted its famous phrase, “When you care enough to send the very best.” It was penned on a 3×5 card by C. E. Goodman, a Hallmark marketing and sales executive. That card is still on display at the company headquarters.

The firm was renamed from Hall Brothers to Hallmark in 1954.